Known as the "City of Homes", Wauwatosa, WI is located just to the west of the city of Milwaukee, WI. With over 47,000 residents, Wauwatosa has historic ties to the state of Wisconsin.

Settled by Charles Hart in 1835, Wauwatosa sits along the lush Menomonee River Valley, a river which played an important role in carrying the quarried cream colored rock of the Niagara Escarpment which was used in many of the buildings in Milwaukee. With a diverse population and a variety of industries calling Wauwatosa home, the city has thrived as both a destination and a great place to live not too far from busy Downtown Milwaukee.

Wauwatosa is home to several areas boasting shopping, dining, and nightlife. The “Tosa” Village area is a quaint mini-urban area that has recently undergone a revitalization, making for a more walkable, pedestrian friendly area. In the East Tosa area, restaurants and shops abound, all within walking distance of a large residential area. Farther west still is Mayfair Mall, and a busy thoroughfare in Mayfair Road. Wauwatosa, WI is a great place to call home.

Many of the chimneys in Wauwatosa, WI may not have a liner at all, or may have a clay liner. Without any kind of liner, older chimneys were parged with mortar, creating a smooth surface for the exhaust to pass out of the home. This mortar eventually breaks down, and exhaust can leak into the home through the mortar joints. For any home in Wauwatosa, this is a dangerous situation. 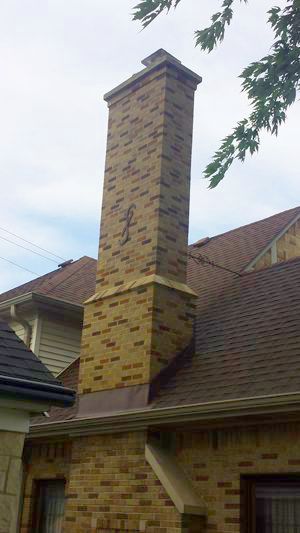 "Our new chimney and planter are beautiful. Cleaned up when they are done, started and finished when they said. Smoke Stacks explained each and every step." Bill, Wauwatosa, WI

"Kurt did a fabulous job. Very timely. Very Professional. Project finished under estimate and Smokestacks refunded the difference. Refer Smokestacks to all friends and associates. Will definately use again." Brian, Wauwatosa WI

For years, people throughout the greater Milwaukee and Wauwatosa, WI areas have been turning to Smoke Stacks, Inc. for their chimney repair and relining needs. At Smoke Stacks, Inc. we believe that attention to detail, professional work, courteous service and honest prices are the qualities that make the difference.